My name is Chantal and I live in Québec in Canada.  My mother language is French.  In the Myers-Briggs Type Indicator test I’m an INTJ.  I’m a major cat lover, I’ve got one right now named Percy and you can take a look at his page in the links section of this blog.

I love playing videogames, but my favorite type is MMORPGs, I quit The Lord of the Ring Online , The Secret World , and  The Elder Scrolls Online  .  I’m taking a break from  Final Fantasy XIV Reborn and I’ve been playing Blade & Soul, I really love the eastern fantasy setting.  I’ve also started to play MapleStory 2. I’ve dabbled in Guild Wars 2 , Neverwinter , Champions Online . I play Diablo 3 sometimes, I really like the dark fantasy, macabre, gory, gothic setting.

I also love using and collecting tarot and oracle decks, I’m pretty much at 62 tarot decks and 56 oracles. I love to read books, mostly fiction, and watch movies from black and white movies to more recent ones, international movies as well, to watching tv shows.   I also love mangas and animes and I’m collecting mangas as well.

I’m also Wiccan so I have interests in Paganism and occult stuff in general as well.  I was in a coven, the tradition was Celtic Shamanic Wicca, I reached the Second Degree in it, but the coven, the oldest and had existed for 10 years, folded because too many members were moving and only a few were left behind.  I also have interests into Druidry and have started courses with the OBOD. 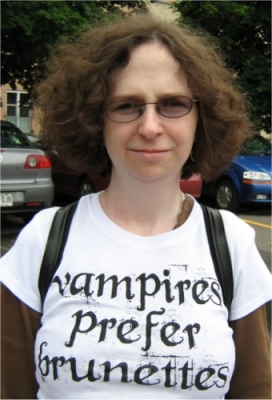 You can donate money to me though Paypal Me: